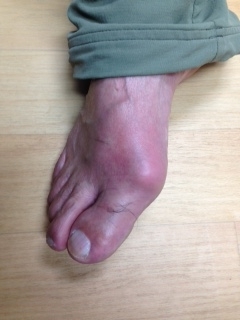 I always saw my cheerful father gotta with a bee-like look.


It is a red taste and swelling of the textbook street.


But I can walk somehow.


"Alcohol is closed for a while.


Didn't you do something? 」


"Walking in the mountains is as usual, and I painted it. 」


"It was hot for the last couple of days, but did you work while drinking water properly? 」


"For now, today is a shower bath and no alcohol. 」


This person is always an honor student.


I can see the abstinence before the blood test.


I tried to do a test after the festival at random surprise happened the other day,


It was much more than that.


It is boasted when drinking in large quantities and it is okay because it is sharp when I am abstaining.


But I can't win by clouded.


I think that it has been attached so far.


The recognition that it is safe because it is all right by the sense of oneself is acceptable until the thirties at most.


The body aches even more if reckless.


But I know that I can't stop being a man.


What should I do?


In the age when it was almost retired in the country, it is possible to have fun with the friend at first, too.


Each situation begins to come out,


They tend to be withdrawn from solitary.


There are many people who have cultivated their families when they were young.


There is a possibility that the house where it is supposed to be a place is not cut off.


You can only go out and participate in a variety of local events.


The other is to have a smartphone still.


Even if the world changes, it is about one in 50 people to listen.


It was the day when I cried that I had to prepare while I thought that I was still safe.